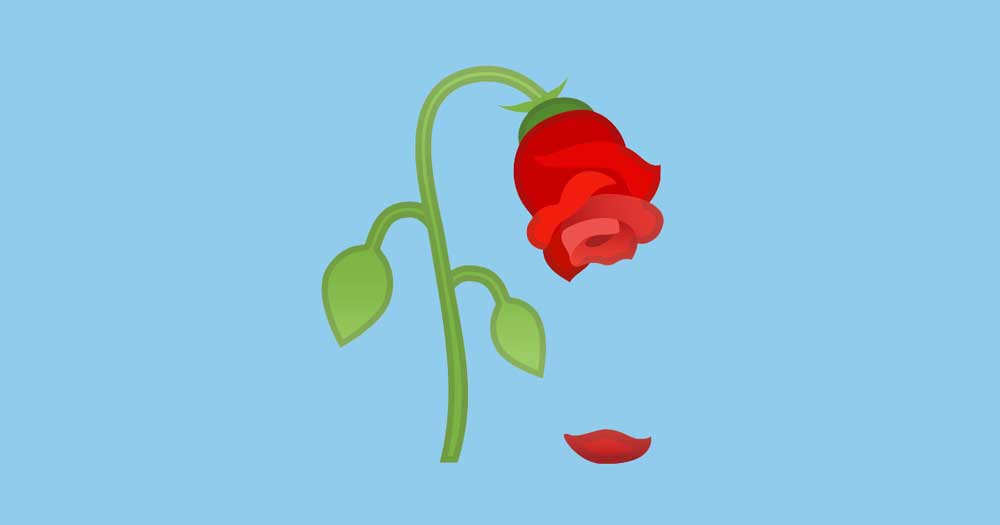 Why Labour should support the Scots’ right to a referendum

Faced with record levels of support for Scottish independence in the run-up to Holyrood elections in May, Labour leader Keir Starmer has resorted to a tried and busted remedy patented by former Prime Minister Gordon Brown.

In a keynote speech on 21 December, Starmer claimed he was offering “a positive alternative to the Scottish people”, by setting up a UK-wide ‘constitutional commission’ chaired by Brown himself, which is to consult on how to distribute power, wealth, and opportunity across Britain.

The commission will begin with a “listening exercise”, in which the party hopes to “hear from as many people as possible across the UK”. Good news for the ‘stakeholders’ who decide party policy, bad news for democrats because the real purpose of this “bold and radical” proposal is to sweeten the pill of Starmer’s pledge to “preserve and renew the United Kingdom” – by campaigning “passionately” against a new independence referendum.

In essence Starmer has nothing new to offer. Labour has promised some form of advisory constitutional convention in all three elections since the 2014 referendum. Each of these ducked the key constitutional questions – the right of nations to self-determination, abolition of the monarchy and House of Lords and replacing First Past The Post with Proportional Representation.

This attempt to fold the question of the Scots’ right to independence into a UK-wide ‘listening exercise’ is motivated by short term electoral considerations. In Scotland, Labour’s old heartlands which used to provide upwards of 40 Westminster MPs, have been abandoned to the nationalists in favour of a defensive strategy of courting voters who are both pro-Union and anti-Brexit.

South of the border, however, Starmer hopes his constitutional commission will persuade ‘left-behind’ areas that Westminster is ‘listening’ to them. In the ‘red wall’ seats, Labour is pushing a parochial narrative of rebalancing the country away from ‘liberal metropolitan elites’ through regional devolution and investment.

It doesn’t require forensic analysis to conclude that triangulating between the potent forces of Scottish nationalism and British chauvinism will satisfy neither group and can only accelerate the decomposition of Labour’s vote.

Keir Starmer claims that holding a referendum is the “wrong priority”. We agree that a referendum on independence is not the priority for workers. Our priority is for a united working class struggle against the mishandling of the pandemic, and the Tories’ attempts to make workers pay for the crisis.

We do not believe that an independent capitalist Scotland would improve the prospects for workers’ organisation and socialism in either country. But it is not necessary to advocate independence in order to recognise that workers in Scotland alone have the right to decide whether independence is their priority, and that workers in the rest of Britain should give unequivocal support to their right to hold a referendum.

By refusing to support the right to a referendum, by abandoning manifesto commitments to raise taxes on the rich, to take essential services into public ownership, Starmer daily reveals his real priority: persuading the British establishment that under his ‘management’ Labour can be trusted to be a loyal and responsible steward of their interests.

The attitude of the Labour party leadership to the Scottish question starts neither from the interests of the working class a whole, nor from democratic principles. As a pro-capitalist party, but dependent on the trade unions and workers for its support, Labour has to govern with the consent if not the enthusiasm of the capitalists.

This means that on questions which concern Britain’s world-power status, it is the bosses’ red lines that determine Labour’s policy. Scottish independence is one such red line, Trident (based in Scotland) is another.

The SNP represents at most the second-tier of Scottish capital and its petty bourgeoisie. Its adoption of a superficially social-democratic manifesto in order to win Labour voters to nationalism does not alter its character as a party of the petty bourgeoisie promoting national independence as a route to escape the vise of imperialist finance-capital.

Because the monopoly ‘Scottish’ banks and industry have long constituted an indivisible component of British imperialist capital, Labour governments understand the ‘national’, i.e. bourgeois interest to equal defending the union.

Adopting the standpoint of the bourgeoisie, and not the working class, explains why, throughout its history, Labour’s policy on the national question in Britain and Ireland has been to support increasing autonomy as a pressure valve for independence, while resolutely opposing the democratic right of self-determination for the constituent nations.

Keir Starmer summed up his vision of the UK as “four nations working together to build… a UK that’s a force for social justice and a moral force for good in the world”.

The United Kingdom, which counts as one of these ‘nations’ the occupied six counties, has never been a force for social justice or moral good anywhere in the world. Regardless of whether a Labour government were to grant the Scots their inalienable rights, the British state would remain the instrument of an immensely rich and powerful capitalist class ruling over a multinational class of exploited workers from all four corners of Britain, Ireland, and, thanks to the Empire, the world. Even an independent Scotland would inevitably remain reliant on the sponsorship, protection, and exploitation of British imperialism.

The question facing socialists is not how can we save the existing state from the disintegrating pressures of inequality, chauvinism, and democratic deficit, but how to abolish the ruling class’ monopoly over society’s wealth and productive forces, in order to found a new state based on genuine democracy, democratic planning, and common ownership.

We do not believe an independent capitalist Scotland will advance this objective one iota, just as we do not believe that a capitalist UK ‘free’ of the European Union in any way advances the international struggle for socialism anywhere on the continent.

On the contrary, the division of the working class with new borders will weaken the labour movement and greatly exacerbate job insecurity. The disruption of markets and break-up of national services like healthcare and transport will cost jobs and worsen living conditions. And this is before taking into account the stupefying effect on class consciousness of nationalism rallying workers to the flag in its struggle against rival capitalists.

A decade of austerity, Brexit (which Scots rejected by 62%), the catastrophic handling of the pandemic under a massive Tory majority at Westminster, have fuelled the belief that independence is the only way for Scotland to get rid of the Tories.

But the corollary to these problems is the absence of the labour movement as a positive, fighting alternative, demonstrating that united working class action on the biggest possible terrain is the surest way for workers across Britain to defend their own interests.

For this absence of a working class alternative to the nationalist programme, we have to hold principally responsible the leaders of the main trade unions, and the leadership of the Labour Party nationally and in Scotland. If this does not change, the siren call of nationalism will strengthen its grip on Scottish workers and youth until independence becomes an inevitability.

The real way for workers to defend public services and fight for a programme of pro-working class measures against the pandemic and economic crisis is to build a united front of struggle against the Tories across the present British state.

Labour should support the Scots’ right to a referendum, not because independence in and of itself is a good thing, but because defending democratic rights is essential to winning Scottish workers away from nationalism, to the perspective of a united class struggle for a socialist Britain as part of a united socialist states of Europe. 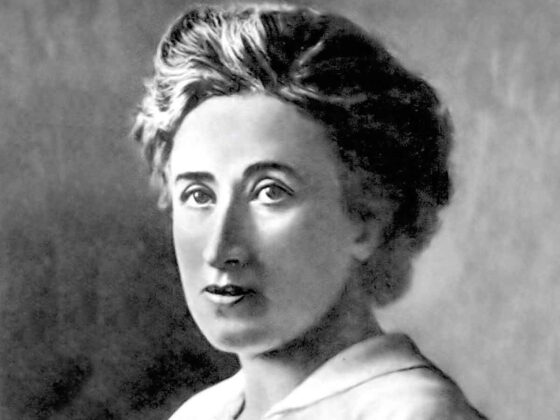 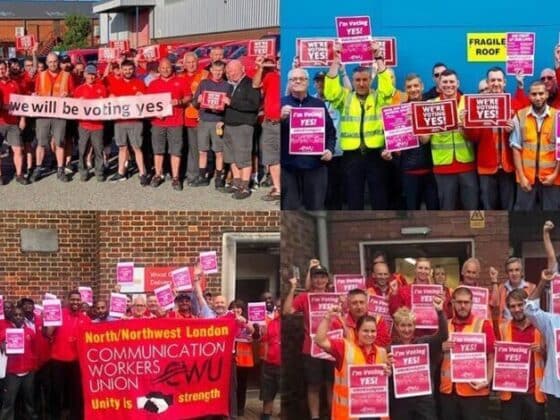 CWU-Royal Mail Deal: The price of not fighting 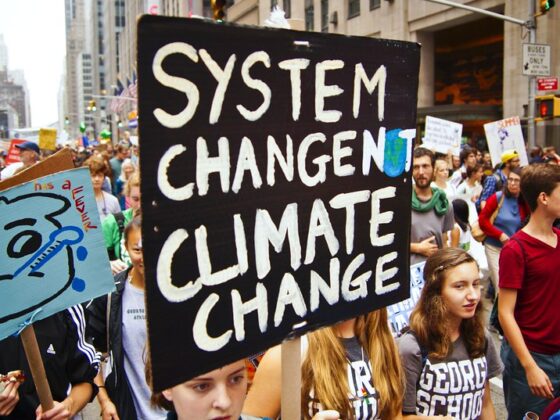 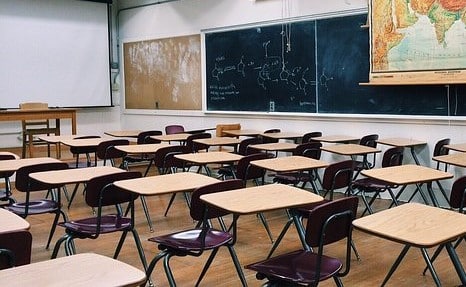 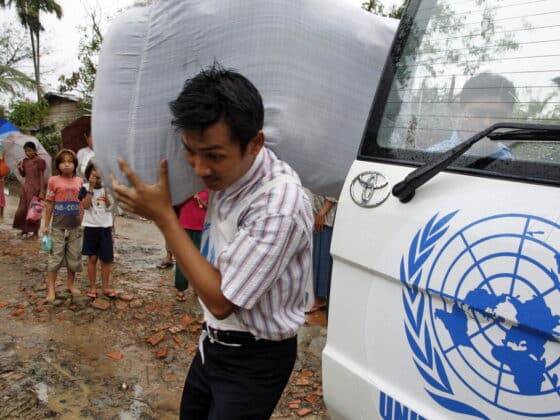