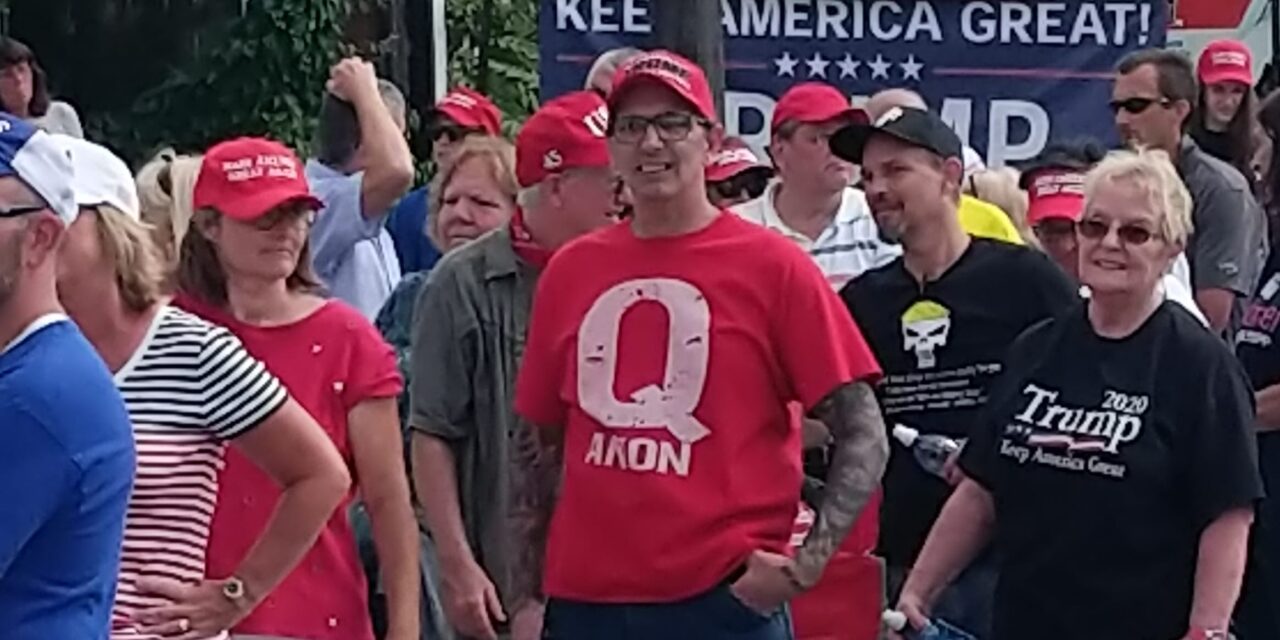 QAnon is a theory that stems from Q, a poster on the anonymous discussion board 4chan. Q, who claims to be a “government insider” with supposed “Q” clearance, releases information about a cabal of Satan-worshipping pedophiles who control the government, media and big businesses of the world. This theory centres around Trump, who according to their theory is a saviour of the modern world and is preparing a coordinated attack against the “ deep state establishment” cabal known in the “Q” community as “the Great Awakening.”

Covid conspiracies have found a ready-made audience in the QAnon crowd and in turn many people who oppose the lockdown measures are easily taken in by other elements of Q, which encourages you to join the dots between different conspiracies. They claim there’s a secret cabal running the world unbeknownst to the majority of the population. Anti-semitism is never far from these conspiracy theories.

In fact, whilst it might not be widely known to the general public, QAnon is rooted in anti-semitism. Followers of Q believe that powerful Jews such as financier George Soros, Federal Reserve Chair Janet Yellen, and Goldman Sachs CEO Lloyd Blankfein, control the world and run satanic, child-blood-drinking paedophile rings. They are the supposed puppet masters of the politicians and heads of big corporations and manipulate them to control the world as they see fit. These conspiries aren’t new; Jews have faced this discrimination since the middle ages. The blood libel, a myth started by Christians claiming Jews murdered Christian children – to use their blood for ritual purposes, such as an ingredient in the baking of Passover matzah – has been used as a basis for many anti-semitic myths over the centuries.

In the UK, QAnon started to take hold with the ‘Save Our Children’ Movement. The movement claims that thousands of children are being kidnapped and sex trafficked around the world every day for the use of powerful billionaires and politicians, that they’re tortured and have their blood harvested for “adrenochrome”, a ficticious chemical in the blood of children which will keep those who drink it young.

Drawing on peoples’ distaste for the Government’s lockdown measures, QAnon ideas have been able to gain mass support in the UK, as shown by the anti-lockdown demonstrations held in the UK in September. Some of the people who gathered were likely drawn by legitimate concerns about mental health, the economy and criticism of government policy. However, the speakers provided a steady stream of incorrect information about covid death rates, speculation about “mandatory” vaccinations that will supposedly make people infertile, and the pandemic being planned (in the words of the conspiracy theorists, a “plandemic”) in order to control the population.

It’s not surprising that there has been a surge in believers of Q when millions of people have plummeted into poverty while billionaires have seen their wealth rise. How can that be possible? Clearly something is wrong. The big conspiracy that Q believers are seeking the answer to is Capitalism. There is a cabal of people controlling the world, the bourgeoisie. They’re not hidden behind satanic rituals or controlled by Jews, they exploit the international working class in plain sight. The only way to stop this relentless exploitation is to overhaul the system and replace it with one based on democratic planning of the economy.