The AWL and ‘regroupment’: programme first 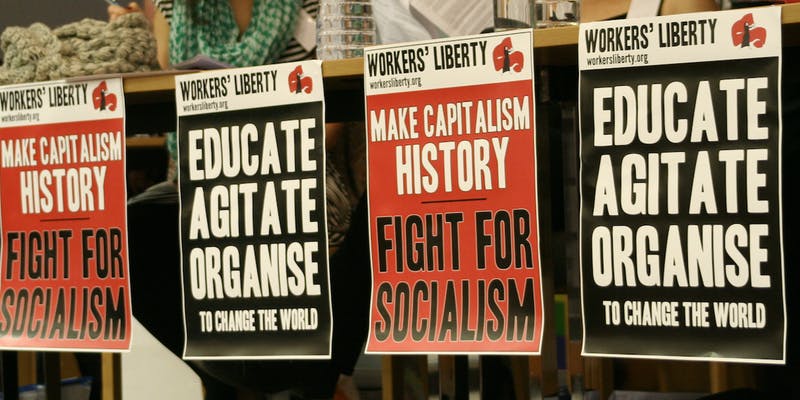 IN THE face of the Tories’ overwhelming parliamentary majority, it is to be hoped that Hegel’s dictum, “victory divides the victors” will quickly be confirmed. At present, however, it is the divisions on the Left that are more obvious. Perhaps in anticipation of this, the Alliance for Workers’ Liberty, AWL, presented a call for “Left regroupment” in the November 6 issue of Solidarity.

Summarising the factors that enabled nationalist and right wing forces to benefit from the “echoes of the 2008 financial crash”, the AWL concludes that it was because they were able to pull together their “core demographics into a dynamic force” – while the Left has “generally been in disarray”.

The lesson to be drawn from this, according to the AWL, is that “regroupment and realignment within the socialist minority” would give the Left “better levers” with which to “begin to shift politics on the large scale”.

This is either vacuous or misleading. What, exactly, is meant by “regroupment and realignment”?

Judging from the very general terms of the article, it should be understood as a call for amalgamating existing groups into a new organisation, if so, which groups? Who does the AWL recognise as the “socialist minority”? Above all, what would be the political basis of the new organisation?

That the Left is divided between different currents and organisations and that this contributed to Labour’s defeat is not in doubt but the AWL’s assertion that, regarding ‘regroupment’, “there are things that the socialist minority can change now and at will” is, to put it mildly, misleading.

Whatever they call themselves, the various Left organisations are propaganda groups whose purpose is to promote a particular interpretation of the socialist tradition. Leaving aside personalities, the differences between them are real and sincerely held. While it always sounds generous and “unsectarian” to propose unity in order to serve the higher purpose of advancing working class interests, all too often this is just self-serving window dressing or, worse, a duplicitous attempt to lure the unwary into a “new” group based on the existing politics of the “unifier”.

The AWL’s article appears to fall into the second category. Having called for regroupment and realignment, it proceeds to lay down, so to speak, its own “red lines” dividing the good from the bad. While noting the “limitations” of such movements as those supporting Jeremy Corbyn or Bernie Sanders, and even the capitulations of Syriza, the article draws no general conclusions about the social democratic tradition and its long history of betrayal and misleadership of working class struggles.

By contrast, we are told that it is the “toxic legacy of Stalinism” that “continues to poison our movement”. It is “from that legacy much of the left inherits a statism; a casual attitude to democracy, in society and in the left’s own organisations; a deference to leaders and lack of a critical intellectual culture; a belief that states and movements which declare themselves to be ‘anti-imperialist’ are necessarily progressive, regardless of their actual social programme vis a vis the working class; and, all too often, a susceptibility to conspiracy theories and an antisemitism”.

Red Flag has no reason at all to play down the toxicity of Stalinism – but neither do we fail to see the equally great crimes of social democratic reformism. Where either of those parties is based on working class support and organisations, we recognise them as bourgeois workers’ parties, that is, agents of bourgeois politics within the workers’ movement.

Generalising its analysis, the AWL concludes that there is “a ‘left’ based on demagogy, personality-cultism, and conspiracy-theorist politics, and a left that emphasises internationalism, class struggle, and a culture of critical inquiry and democratic debate”.

From this it concludes that, “the urgent job today is to cohere as much as possible of the rational, internationalist, worker-oriented left into an effective force”.

Neither the analysis nor the conclusion is of any use in raising the prospect of unification of groups on the basis of principled programmatic agreement.

If the comrades of the AWL are serious about regroupment, in the sense of founding a new revolutionary organisation, they would be well advised to codify what would be their proposals for its political principles, strategy and tactics in a programme, rather than writing spurious appeals for an unspecified “unity”.

Meanwhile, there will be no shortage of attacks from the Tories and joint action by the different groups, on the basis of the principles of the united front, could not only play a role in defending working class interests but even create the circumstances in which principled regroupment becomes a viable objective – but the two possibilities should not be confused.