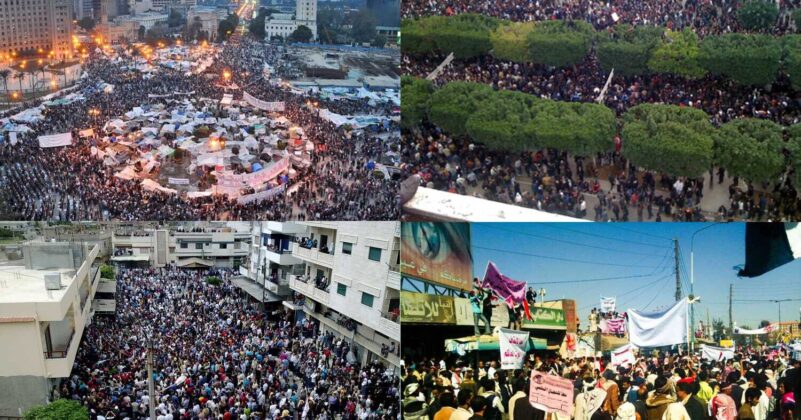 Ten years ago, on 14 January 2011, Tunisian President Ben Ali resigned and fled the country after a month of growing mass demonstrations and nation-wide strikes. Following the Tunisian example, on 25 January revolution broke out in Egypt, with events centred on the occupation of Tahrir Square. Despite bloody repression in which hundreds were killed, soldiers eventually fraternised with the demonstrators and on 11 February the military high command announced the resignation of President Hosni Mubarak after 30 years of dictatorial rule.

Uprisings in Syria, Libya, Bahrain, and beyond threatened to repeat these revolutions. It became a cliché at the time to refer to these uprisings as the Arab Spring or an Arab 1989. The example of Tunis and Tahrir Square also inspired square occupations in New York, Madrid and Athens, to name but a few.

Ten years on, with the exception of Tunisia, all of the old regimes remain intact, many with rulers even more repressive than those they replaced. Nevertheless, the uprisings of 2011 continue to serve as inspiration, and their underlying causes have not disappeared – in fact, they have intensified. Further crises in the region and globally led to a new wave of mass protests in 2019, most significantly in Lebanon, Sudan, and Iraq, countries ‘missing’ from the 2011 wave.

In Tunisia, ten years to the day since Ben Ali’s fall, young people took to the streets in mass protests against police brutality triggered by the mistreatment of a shepherd. For nights thereafter young people fought the police raising the chant from a decade ago: “The people want the fall of the regime.” Al Jazeera reports a young unemployed protester saying: “The whole system must go … we will return to the streets and we will regain our rights and our dignity that a corrupt elite seized after the revolution.”

The political landscape in many of the Arab states in the years leading up to 2011 was characterised by neoliberalisation. Before the turn of the century, Arab states typically owned all major industry, subsidised food and petrol and had carried out some kind of land reform that appeased their peasantries. Many enjoyed support from the Soviet Union and their own Communist Parties, allowing them to present themselves as revolutionary and anti-imperialist states.

The ebbing away of the strong role of the state in these sectors led to mass privatisations, the growth of local bourgeoisies and the replacement of stable jobs in state owned industries by insecure and poorly paid employment, as well as food subsidies by inflated prices for fuel and foodstuffs.

It is therefore hardly surprising that the working class was at the forefront of the protests. In Tunisia, a general strike was called just days before Ben Ali’s resignation; in Egypt steel workers went on strike and some of the largest protests were reported in the industrial towns. Many workers’ mobilisations were organised independently of their traditional leaders, who ran their unions as wings of the ruling parties.

After the successes of the Tunisian and Egyptian revolutions in toppling their leaders, many expected the same would happen in Syria and Libya. On the contrary, the peaceful and unarmed mass protests of early 2011 proved unable to win over sufficient layers of the dictators’ armed forces to stop them using the most brutal methods against the protesters. The uprising in Bahrain was crushed with a swift Saudi invasion, and in all countries protesters were imprisoned and tortured.

In Egypt, where the revolution was initially ‘successful’, an absence of revolutionary leadership meant that under the deceptive slogan “the army and the people are one hand” the military high command withdrew from power in favour of free elections, which were won by the Muslim Brotherhood’s candidate Mohammed Morsi.

Egypt’s ‘revolutionary’ government then proceeded to raid the offices of human rights organisations and launch a witch hunt against their supporters, including socialist organisations. Then, after scarcely a year, Mohamed El Sisi and the military took advantage of mass anti-Morsi demonstrations to oust the sitting President – with the deeply mistaken support of the left – only to establish a dictatorship if anything more brutal than Mubarak’s.

In Syria and Libya, the governments quickly militarised the attacks on the protestors leading to civil war, and eventually proxy war involving Turkey, Iran, Qatar, Saudi Arabia, and other regional powers, backed by the competing imperialist powers. The disarray of the democratic forces led to the arrival of jihadist forces, the al-Nusra Front and the Islamic State, and their eventual takeover of the revolution. These countries became and remain to this day the site of unspeakable atrocities and, where they survive, a beleaguered and decimated democratic resistance.

In Syria, the revolutionaries were also let down by their self-appointed representatives in exile, who split along national lines at their founding conference, with the majority insisting that the ‘Arab nature’ of the Syrian state be upheld, while the Kurdish leaders even organised an alliance with the Syrian government. Soon they were acting as cat’s-paws for rival regional powers.

The protestors were also met with inconsistent international solidarity from the left. Whilst socialists and progressives were initially supportive of the protestors, this support rapidly waned as reactionary Islamist forces became influential because only they could provide sufficient weaponry and battle-hardened fighters to defend liberated areas against the regime’s militarised attacks.

The courage of the Syrian democratic popular forces was remarkable but never have revolutionaries faced such savagery and such unfavourable odds. Those still suffering terrible privations in the refugee camps in northwest Syria, under attack from the regime and Putin’s air power, deserve our support and aid to break the silence of the bourgeois and much of the liberal and “socialist” press.

Meanwhile journalists like John Pilger and the late Robert Fisk decided that in a war between reactionary fundamentalists and modern secular forces, albeit those of brutal dictatorships, it was the latter who deserved support. They routinely downplayed the crimes of the Syrian government; Max Blumenthal of the Grey Zone even borrowed neoconservative dog whistles to characterise the civil war as a clash of civilisations.

Socialist political organisations too struggled to relate to the remaining councils and civil society organisations in opposition-held territory. Many lent their support to the Syrian Democratic Forces, but rarely spoke out about their counterrevolutionary role and alliance with the government in the siege of Aleppo.

In response to such unprincipled opportunism, an influential book by Rohini Hensman attempted to explain the lack of support for the Arab uprisings amongst the Western left with reference to Lenin’s writings on imperialism. In reality, Lenin’s theory of imperialism has nothing in common with the Stalinist theory of imperialist and anti-imperialist camps.

Lenin recognised that there were several rival imperialisms and that resistance to them might come from bourgeois and even feudal forces in the colonies and semi-colonies, which should be supported (though without communists subordinating themselves to these leaderships, their ideologies or suggesting that they be regarded as the permanent an unchallenged ”anti-imperialist” leadership).

The withered remains of the world’s Communist (i.e Stalinist) parties and many fellow-travelling journalists and academics still base themselves on this distorted Leninism and for them there is effectively only one imperialist camp – “Western”, i.e. the USA and its allies. But since the downfall of the degenerated workers states, the two largest, Russia and China, have not only become capitalist but imperialist powers in their own right.

They are now engaged in full-on economic and military rivalry with the North American and Western European powers. They are neither more nor less progressive than the Western powers, despite their growing rivalry with the latter. In fact we have returned to a situation very similar to that which Lenin described in Imperialism: The Highest Stage of Capitalism. A progressive movement that hitches its wagon to either is opening itself up to betrayal and political corruption.

Another casualty of this campist theory was the Stop the War Movement in Britain. Although it correctly opposed any British or US military intervention in Syria and Libya, it turned its back on the anti-regime resistance in these countries, thus pushing them towards western imperialism as their only hope.

Late 2019 brought about what has often been referred to as the second Arab spring, with mass protests in Sudan, Iraq and Lebanon. The recent revolutionary wave even spread beyond Arab countries, with significant protests also taking place in Iran.
More accurately, this is a second wave of protests rather than a second Arab spring, as the crises that caused both waves of protest were the same – the deepening regional economic crises, debt economies and cruel restructuring.

As well as the mass protests, there were also smaller resurgences, most significantly in Syria, where protestors in several cities took to the streets raising the same slogans as eight years earlier.

A common demand expressed by the protestors has been the dismantling of sectarian political systems, particularly in Lebanon and Iraq. The protests, as in 2011, have drawn in large numbers of youth and workers, with women taking on leading roles.
The protests have been most persistent in Lebanon, with ever larger numbers mobilising after the Beirut Port explosion in August 2020, a disaster caused by the lax safety standards of the state.

Whilst the movement stands in complete opposition to any of the sectarian parties, including Hezbollah which had enjoyed some legitimacy because of its role in repelling the Israeli invasion but now operates as a sectarian party in its own right, the protests have struggled to find political leadership. This is evidenced foremost in the modesty of their official demands, not going further than the call for a technocratic government.

Where both waves of protests have fallen short is in the absence of a working class political party which can advance the interests of the protestors and workers independently of the bourgeois forces who fought for leadership of the uprisings. With the deepening crises in the region, only made worse by the coronavirus pandemic, it is likely that despotic states across the Arabic-speaking world and beyond will continue to face challenges to their power. The task of delivering on the hope that the Arab Spring brought about ten years ago will ultimately fall to the workers, and can only be delivered by them.

The key lessons of all these uprisings are as follows:

• Recognition that the Arab countries’ uprisings are genuine progressive movements against the impoverishment and repressive regimes whose roots lie in world capitalism and the actions of the rival imperialist powers who support the monarchs and military dictators (Russia-Assad; USA-El Sisi).

• Revolutions for democracy cannot succeed unless the control by the dictatorship over the forces of repression are broken, thus they cannot succeed by remaining unarmed.

• Only the working class and the urban and rural poor can turn protests and uprisings into revolution and they cannot in their own interests rest content with free elections and civil liberties. The democratic revolution, unless it turns into a social revolution, will fail and be thrown back to dictatorship or an elected regime imposing the diktats of the IMF and other imperialist institutions.

• A revolutionary party is necessary to develop tactics and a programme for the revolution and to do this requires fostering the strongest possible links with other revolutionary forces in the region and in the heartlands of democratic imperialism where revolutionary emigrés can seek aid from immigrant communities, socialists and the labour movement.

If this is done the heroic successes and the tragic defeats of the Arab Spring can become what Lenin called Russia’s 1905 – dress rehearsals for new October Revolutions. 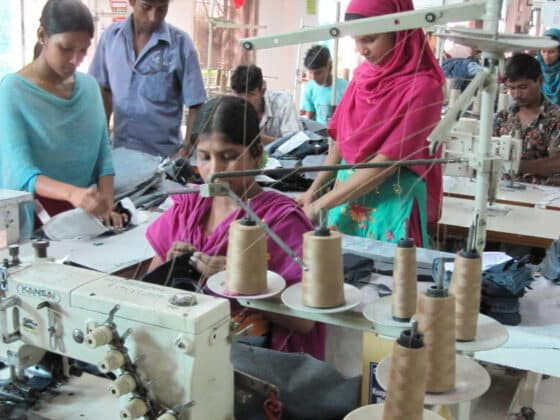 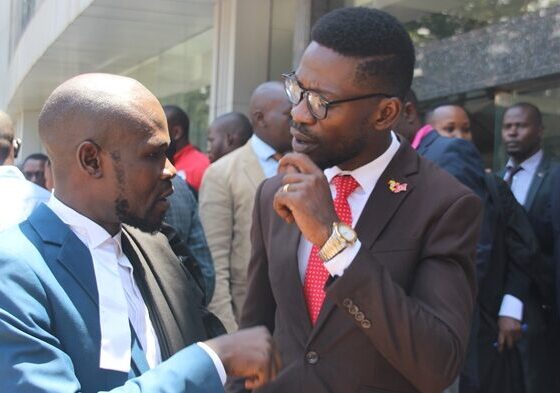 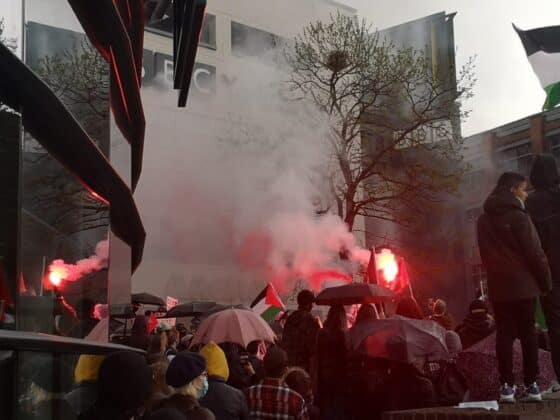 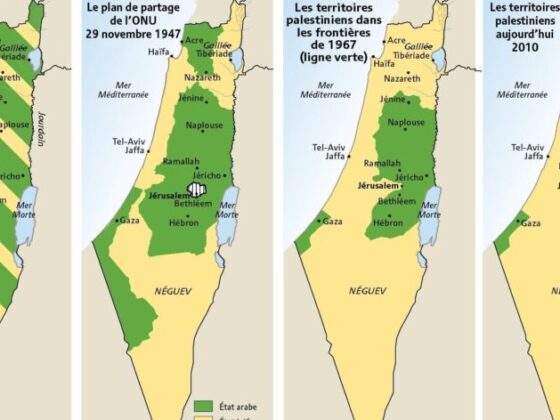