Should workers accept cuts if Royal Mail is losing money? 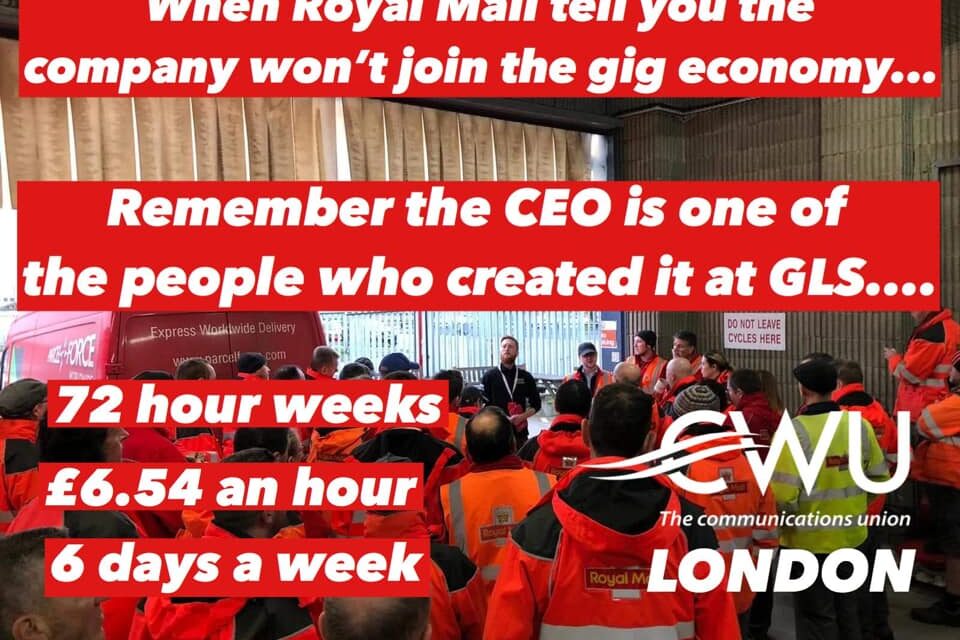 Are CWU tops falling for Royal Mail’s claims of being deep in the red? When union-busting CEO Rico Back was forced out by union resistance in May, the new CEOs changed tack and called for talks, claiming the company was losing a million pounds a day, drawing the union into agreeing plans to boost profits.

This is one of the oldest tricks in the bosses’ books – when times are bad, pull out their pockets to show they are “broke” (the multi-millionaire shareholders including the billionaire Czech “sphinx”!) and demand the union bureaucrats find ways to help return it to profitability, arguing for concessions on wages, terms and conditions and jobs, to support the remaining, shrunken workforce.

Workers and the union should reject postal bosses’ smokescreen about losing money. Royal Mail’s own figures show a £139 million leap in revenue in just five months thanks to the growth in parcel orders, while overall costs have risen to £160 million, partly due to the fall in letters, the rest is £75 million in corona costs. Leaving out those one-off temporary costs, Royal Mail underlying profits are rising, despite its claims about making a loss this year. Managers have gone quiet now about the “we’re losing a million pounds a day” claim.

And don’t forget the billions that the shareholders have made from dividends plus speculating on the ups and downs of Royal Mail shares!  They don’t need a penny more, they should be putting the money they took out back in.

But capitalism doesn’t work that way.  The rich bank their profits in tax havens, where trillions of pounds are hidden away [https://www.theguardian.com/business/2013/nov/07/britain-tax-havens-queen-secrecy-justice-network], and demand companies are continual money-making machines to line their pockets, all of it produced by our hard work.  The union should be exposing this not looking for ways to make savings via revisions and cuts.

Workers are right to demand an immediate pay rise and no cuts to terms and conditions, as well as the 35 hour week with no loss of pay, no redundancies and legal protections to stop the company being broken up.

If Royal Mail really is bankrupt, it should be renationalised without a penny in compensation to the  parasites who have bled it since privatisation.