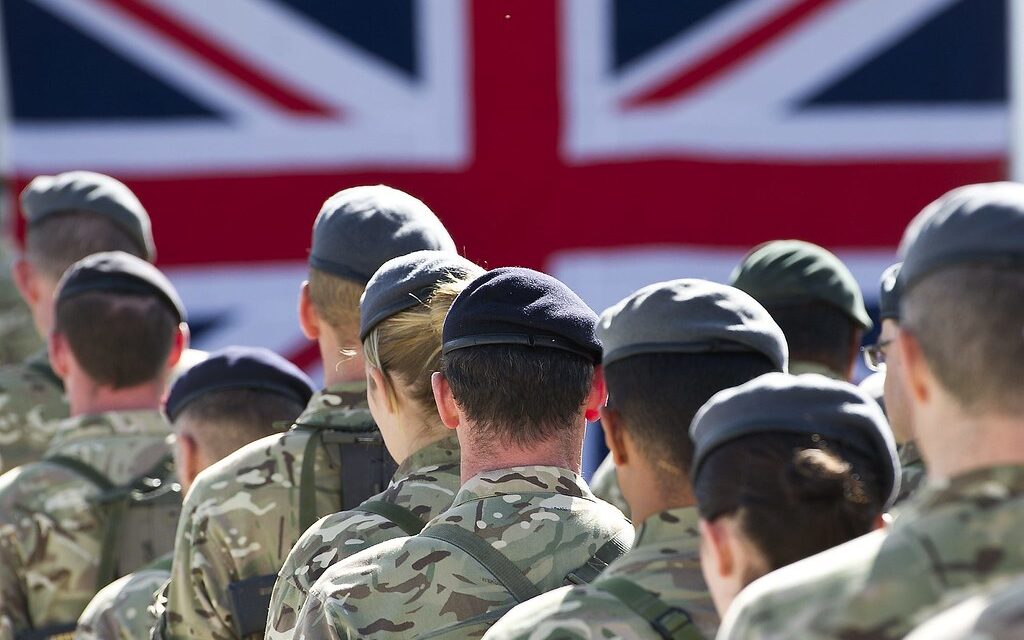 Another day, another chance for the Government to contravene international law. In a show of parliamentary strength for the Conservatives, the Overseas Operations Bill passed its second reading with a huge majority, aided and abetted by the Labour Party.

Put forward by defence secretary Ben Wallace, the Overseas Operations Bill legislates that soldiers cannot be prosecuted for crimes more than five years old, effectively decriminalising torture and other military and Government atrocities. Attacking the minority of MPs who voted against the decriminalisation of torture, Wallace claimed the Bill was necessary due to Labour’s “illegal wars”.

In what appears to be an appeal to Conservative voters in the much-lamented “Red Wall” of post-industrial towns, Starmer’s leadership whipped Labour MPs to abstain from voting, allowing the Bill to pass through its second reading with a majority of 254. Only eighteen of the thirty-four members of the Labour-left Socialist Campaign Group (SCG) joined with the Liberal Democrats and Scottish National Party in voting against the Bill, including SCG stalwarts Jeremy Corbyn, John McDonnell and Diane Abbott, as well as new-generation firebrands such as Lloyd Russell-Moyle and Nadia Whittome. The Labour leadership subsequently dismissed Whittome from the front bench.

In his first speech to Labour Connected—Labour’s virtual Conference—on Tuesday 22nd September, Sir Keir Starmer QC outlined his “values” and his vision for both the Labour Party and the country. Despite the distinct lack of any concrete policy proposals, or indeed any direct attack on the Government’s embarrassing mishandling of the coronavirus pandemic, Starmer declared his love for family and flag in a clear lurch to the right in the Party’s political messaging.

In an attempt to distance himself from the anti-imperialist politics of Corbyn, Starmer’s “new management” puts patriotism at the heart of its vision. “Family, security, opportunity”, with its connotations of Vichy France and Blue Labour, could easily be transplanted into Conservative political messaging. Whether or not these are Starmer’s personal beliefs is irrelevant; more significant a question is how this electoral strategy will fare with the Party’s base, the large majority of whom consider themselves socialists—and two-thirds of whom voted for Starmer in this year’s leadership election. With scores of genuine and committed socialists now leaving the Labour Party, Starmer’s electoral triangulation seems all the more pernicious.

Labour leaders expressing opinions significantly to the right of the Party’s base during Conference is, of course, not something new. Leaders attempting to appear as a safe pair of hands for Capital has been farcically repeated throughout the history of the Party— think Ramsay MacDonald. Presumably, those advising Starmer such as Morgan McSweeney think appearing sufficiently right-wing can replace on-the-ground organising and campaigning: Starmer, with his knighthood and unmatched CV in hand, will rise above the Conservatives in his “competent” management of Capital.

The whipping of Labour MPs to abstain on the Overseas Operations Bill is eerily reminiscent of 2015 when, under Harriet Harman’s interim leadership, Labour MPs were instructed not to vote against the Tory Welfare Bill, which heavily restricted child tax credit and opened the way for further brutal attacks on the British working class.

That Starmer’s leadership now signals the return to Blairite managerialism and electoral triangulation, as well as the abandonment of the economic alternative proposed under the Corbyn leadership, should come as little surprise to those well-versed in the internal machinations of the Labour Party. That a significant proportion of the members of the Socialist Campaign Group followed the whip, however, is perhaps more surprising—and shows the degeneracy of the left-wing of the Party into reconciliation with its right and, in effect, with the Tories.

Such an approach is echoed by the non-action of trade union bureaucrats such as TUC General Secretary Francis O’Grady, whose notable lack of confrontation with the Government over its refusal to extend the furlough scheme and the nearing crisis of mass unemployment should be as unsurprising as it is angering. Like Starmer, O’Grady sees her role as managing Capital, not as proposing an alternative, much less organising the labour movement into fighting for one.

If workers are to truly defend their interests in the coming economic crisis, a militant rank-and-file movement within the trade unions is essential. The bureaucrats and senior Labourites provide no solution to this coming economic crisis—and certainly have no interest in defending the working class.

Recent victories of trade union representatives and activists such as the School of Oriental and African Studies (SOAS) Professional Services staff, whose resounding vote in favour of strike action forced SOAS management into committing to no compulsory redundancies, show that a rank-and-file movement can be successful.

Against collaboration with and capitulation to the interests of capital, the rank-and-file of both Labour and the unions must organise for their own interests in the unfolding political and economic crises. Such movements can be successful only when based on solidarity and a clear refusal to succumb to the dreary conformism of Labour’s current political messaging. The time to organise is yesterday; we have a world to win!