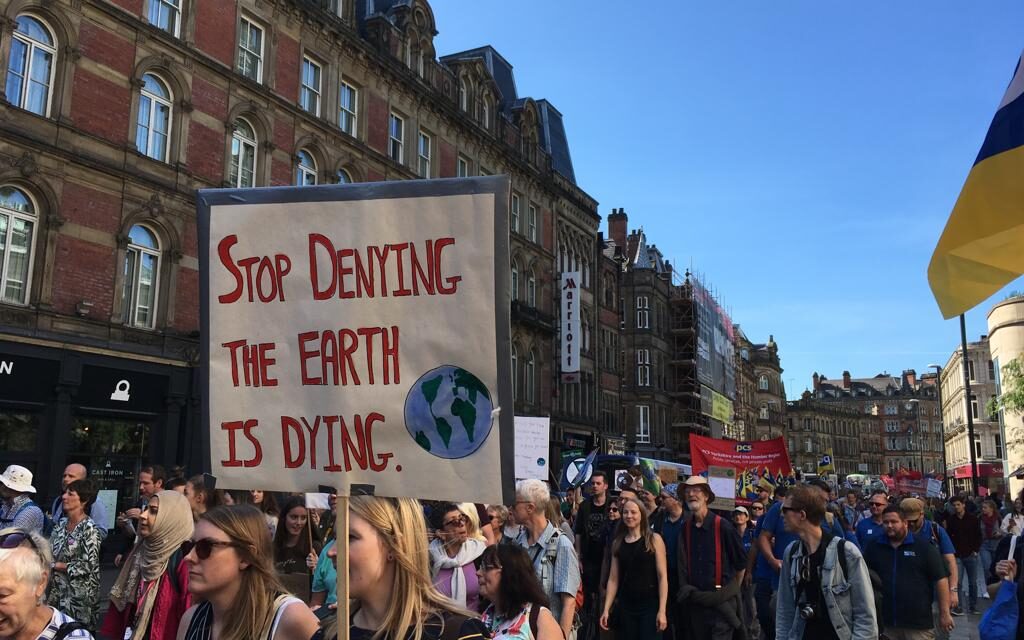 At 11am we arrived to find around 1000 people in millennium square – we were greeted by a choir singing protest climate songs. We handed out leaflets about capitalism and climate change to hundreds of people and got an excellent response. The trade unions then started arriving with banners and flags- there was PCS,GMB, Unison and Unite to name but a few, there were some speakers who addressed the crowd about the damage climate change is doing to the world.

After around 90 minutes we started to line up to march around Leeds City Centre- the march was noisy with chants such as ‘who’s future? Our future’ and ‘say hey ho fossil fuels have got to go’. The march was led by school students, followed by young and older people. At its biggest march was around 8-10,000 people. We filled the whole of Briggate whilst waiting to set off on to the Headrow. We then went back to Millennium Square where there was music and various speakers including Labour MPs, climate activists, striking school students all advocating the need for change.

On Saturday 21st there is an Extinction Rebellion day festival with various activities on Briggate.