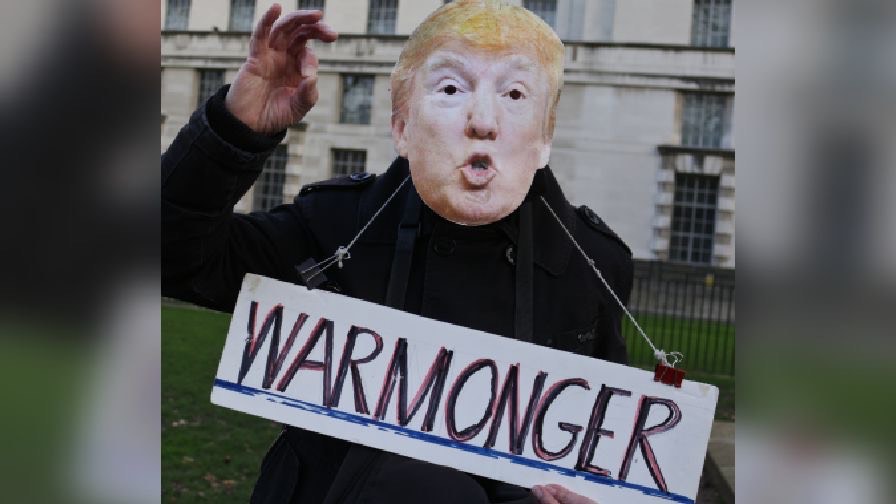 Hands off Iran! Stop US attacks!

League for the Fifth International

The assassination of Iran’s General Qassem Suleimani in Baghdad at the command of US President Donald Trump has opened a dangerous new chapter for the Middle East. As head of the Iranian Revolutionary Guards’ Quds force, and strategic architect of Iran’s ever-growing network of international militias, allies and assets, Suleimani was not only a powerful figure in the Iranian regime, but a kingmaker throughout much of the Middle East. With this brazen violation of international law, Trump has brought the entire region, if not the world, to the brink of war.

Suleimani’s killing was a severe escalation of an ongoing tit-for-tat exchange between US and Iranian forces. Earlier this week, the US accused Suleimani of orchestrating an attempted break-in at the US embassy-cum-military base in Baghdad by Iraqi militias. The attack on the embassy was provoked by US airstrikes on the Iranian-backed Kataib Hezbollah two days before, which Iraqi security and militia sources claim killed 25 fighters and wounded 55 others. Those airstrikes, in turn, were a response to the killing of an American military contractor by Kataib Hezbollah rockets.

Government officials and foreign policy experts around the world have been united in their analyses of the game-changing nature of the attack, with former MI6 chief Sir John Sawers describing Suleimani’s killing as an “act of war”. US Secretary of State Mike Pompeo made an attempt to claim the assassination was a pre-emptive action aimed at protecting US personnel at imminent risk, but Trump’s Twitter feed prior to the attack was more blunt: “Iran will be held fully responsible for lives lost, or damage incurred, at any of our facilities. They will pay a very BIG PRICE! This is not a Warning, it is a Threat. Happy New Year!”

While few observers seem to have expected this particular attack, tensions between the US and Iran have been escalating for years, frequently played out through proxy conflicts in neighbouring countries including Iraq and Syria. As the third largest oil exporter in OPEC, and a strategic political-economic rival to US-backed Saudi, and its regional gendarme, Israel, Iran has waged a bloody struggle to take advantage of weakening US hegemony and to assert itself as an expansionist power. For over a decade, Iran has built its influence by cultivating loyal Shiite militias that have propped up Assad’s murderous regime and consolidated its power in Iraq.

In his turn, Trump has been clear that he aims to rein in Iranian influence through a more aggressive foreign policy. Soon after taking office, he cancelled the US-Iran nuclear deal negotiated by his predecessor, which had lessened the punishing sanctions imposed on the Iranian regime in return for a promise to scrap its nuclear programme. Trump replaced the deal with even tougher sanctions, demanding other countries follow suit, and vigorously backing Saudi Arabia in its proxy war with Iran in Yemen. With the vice-like grip of US sanctions tightening, Iran eventually responded with attacks on international shipping in the Strait of Hormuz, missile strikes on Saudi oil facilities and, finally, the rocket attacks on US bases that sparked events leading to the current crisis.

Claims by Trump and his officials that the drone strike that killed Suleimani was a justified pre-emptive strike are a totally unsatisfactory excuse for the provocation. Iran has rightly condemned the action as “an act of international terrorism” and its Supreme Leader Ayatollah Ali Khamenei has vowed to respond in kind. Most pundits agree that Iran will not retaliate with a direct attack on US military bases or ships, but is more likely to opt for a “calibrated” response like further attacks on Saudi oil facilities, blockades in the Strait of Hormuz, or attacks on key assets of US allies like Qatar or the United Arab Emirates. Given the likely consequences, it is not in Iran’s immediate interest to precipitate an open war with the US.

There is, however, a real danger that responses from both sides will spiral out of control. Iran is under considerable pressure to respond forcefully. Its floundering economy has fuelled a growing domestic protest movement calling for an end to the corrupt and repressive regime. Trump, too, needs to posture for the presidential election next year, with the cloud of impeachment hanging over his administration. Aggressive US allies, from Israel to Saudi Arabia, not to mention Trump’s own itchy trigger finger, may influence the conflict in unpredictable ways.

The world economy is already teetering on the edge of a recession, its stagnant post-2008 core further weakened by Trump’s trade wars and an oil crisis could push it over the edge, triggering a global economic crisis that would heighten domestic pressures even more. The logic of escalation has ruled the conflict so far and the tensions driving it, domestically and internationally, will push for that to continue. As in 1914, seemingly minor actions could finally destroy the balance of power and ignite a devastating global conflict.

Suleimani was a key target for US imperialism. He was the strategist of Israel’s humiliation in the 2006 Lebanon war and masterminded Iranian interventions in Syria and Iraq, which have expanded Iranian influence at the expense of the US. But no anti-imperialist should weep for Suleimani, who had the blood of thousands on his hands. He played an essential role in stabilising the bloodstained Assad regime and provided resources for the crushing of pro-democracy movements in Iraq and Iran, with hundreds of thousands killed.

For all Trump’s praise of the democracy movement in Iran, his provocation has given the Iranian regime the perfect excuse to repress it and to mobilise mass protests against the US to shore up its shaky foundations. Suleimani’s Quds is undoubtedly a reactionary force, as are the Iraqi Shi’a militias, and the reactionary Iranian regime is seeking to establish itself as the dominant power in the Middle East, but it remains a semi-colonial state encircled by a chain of regional allies of US imperialism. The principal aggressor in this unequal struggle is the USA, backed by its Israeli, Saudi and other reactionary allies.

It was the US occupation of Iraq that fueled an unprecedented rise in sectarian violence and established the corrupt sectarian government system in Iraq. This was the target of the inspiring cross-sectarian democracy movement that has taken to the streets in recent weeks. Trump’s provocation will have a negative effect on that movement, escalating sectarian tensions, making descent into a new civil war a real possibility, and heightening tensions with Israel, which itself is engaged in bombing Iranian military targets in Iran and Syria. The US still has over 5000 troops in Iraq and has now sent over 3000 more. Donald Trump has not only made clear that the US would defy any decision of the Iraqi puppet government to end the stationing of US-basis in the country, but also threatened Iraq with drastic sanctions should there be any attempts to force the removal of its US “supporters”.

As the bloodbath in Syria shows, US intervention has nothing to do with democracy or overcoming sectarianism in the region, its only goal is “stability”, in other words, the immense profits and geopolitical power it extracts from the Middle East. Having lost to Russia, Iran and their allies in Syria, it is determined to reassert its power in the Middle East by forcing “regime change” in Iran via sanctions, assassinations and threats to bombard 52 or more “targets” in the country. This strategy also includes reducing Iraq, which has been devastated for decades by its “liberator”, to the status of a virtual colony. This regional strategy is itself part of Washington’s attempt to counter the growing military and geo-strategic influence of the Russian and Chinese imperialists. Whilst all the “great powers” want to avoid a direct clash, the attacks and outright war threat against Iran, could turn into a global confrontation.

In this situation, the European powers; Germany, France, Britain and the EU, are presenting themselves as forces for “moderation”. In a joint statement, issued on January 5, Merkel, Macron and Johnson called on all sides to exercise the “utmost restraint”. “It is now crucial to de-escalate,” they warned. Whilst this disappointed the US, the European and UN, calls for “restraint” on both sides are just a hypocritical farce.

The working class and anti-war-movements should not place any hope or trust in these “softer” imperialists, nor in China or Russia, nor should they turn a blind eye to the reactionary nature of the Iranian regime and its role in Syria or Iraq. They must give up any hopes in democratic politicians like Elisabeth Warren, who said that she was not convinced that armed strikes were appropriate, “yet”. Such “critics” can all too easily become the war-mongers of tomorrow.

It was the anti-war demonstrations in the US at the weekend and the mass outrage in the semi-colonial world that showed the way forward: rallying millions against US-aggression, for the lifting of sanctions and the withdrawal of all imperialist troops and bases from Iraq and the entire region now!

We call on all working class organisations, left, social-democratic and Labour parties, the trade unions, the left and anti-imperialist organisations to unite and mobilise to stop the US aggression and attacks now! 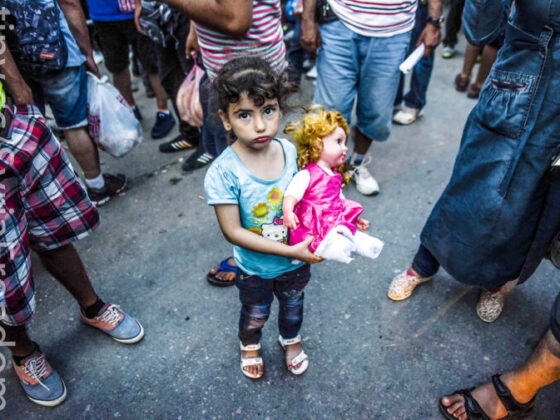 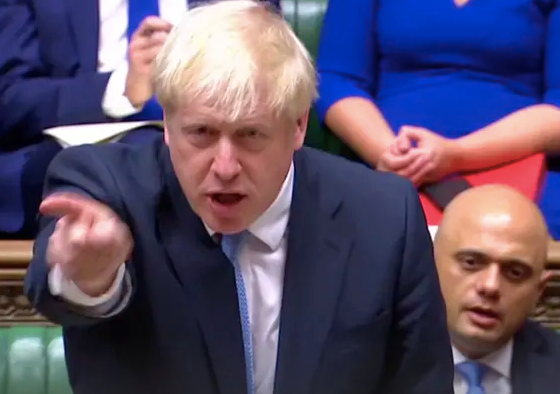 Tories to use Brexit as cover for assault on democratic rights 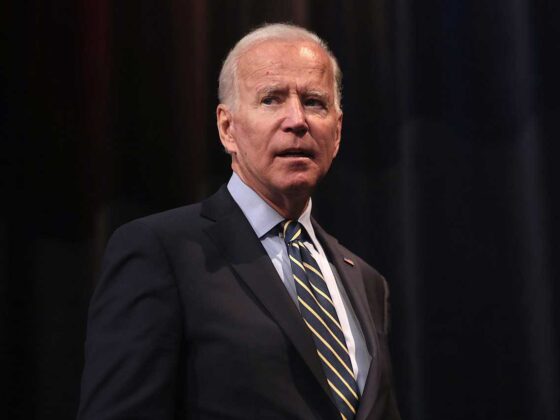 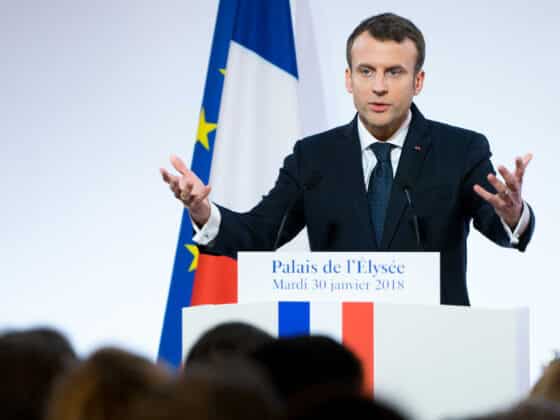 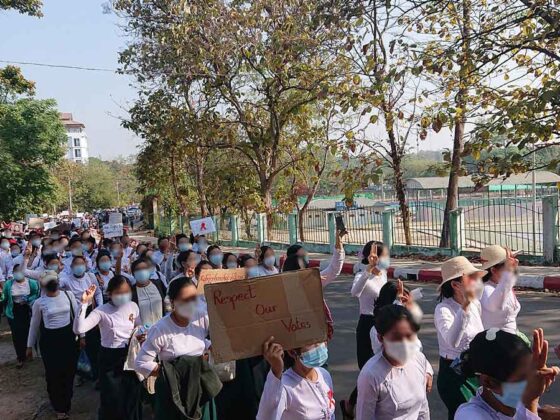 @RedFlagMarxists
2K Following
1K Followers
Huge solidarity to students at Goldsmiths who are escalating the fight against university management. With action f… https://t.co/mVOPY27vrh
15 hours ago
Follow