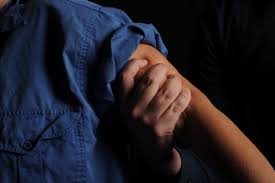 The United Nations has reported that violence is the biggest killer of women across the world. The report looks at data from 2017, during which time 87,000 women were murdered, 58 per cent of them by their partner or a family member.

While more men are murdered than women, it is women who have most cause to fear their intimate partners. The study found that 82 per cent of people killed by their partner were women.

Domestic violence appears to have increased in the five years between 2012 and 2017, with domestic violence the cause of 48 per cent of murders perpetrated against women in 2012, rising to 58 per cent by 2017.

However shocking these statistics may be, they form just the tip of the iceberg. Hundreds of thousands of women suffer years of humiliation and abuse from their male partners in the form of coercive control: controlling their phone and social media usage, denying them access to friends and support networks, sexual control, isolation, threats and financial abuse.

Coercive control was only made a crime in 2015 and already the number of cases has tripled. The eventual release of Sally Challen, imprisoned for murdering her husband after years of his controlling behaviour, has raised awareness. Here is what she said:

“I was expected to do everything. I cooked. I cleaned. I washed. He controlled my friends. He made it very difficult for me to get close to anyone. He didn’t want anyone coming round. When we got married, he took my salary and would pay me a weekly allowance, which never seemed to change.”

The link between violence and femicide on the one hand and domestic servitude and financial dependence on the other is laid bare.

We live in a system that profits from and institutionalises the degradation of women. Capitalism needs women to work for free in the home – cooking, cleaning and looking after the kids – and can’t afford to provide the level of free childcare needed to free women from this additional burden. The Office of National Statistics reported in 2016 that in Britain, women still do the majority of childcare in the family – more than double that provided by men.

Sexism ideologically justifies women’s unpaid labour and subservient position in the family. It teaches us from a young age to expect women to take on caring roles and our socialisation encourages gendered behaviour, like “toxic masculinity”.

We need to root out sexism wherever we find it, fight for refuges to help women leave abusive relationships and for higher, equal wages and benefits to give women more financial independence from their partners.

But we need to go further and demand the right to participate in society on an equal basis to men, which means free childcare, laundrettes and workplace canteens so that domestic work is performed by society rather than individuals and, inevitably, women.