A socialist solution to the capitalist crisis 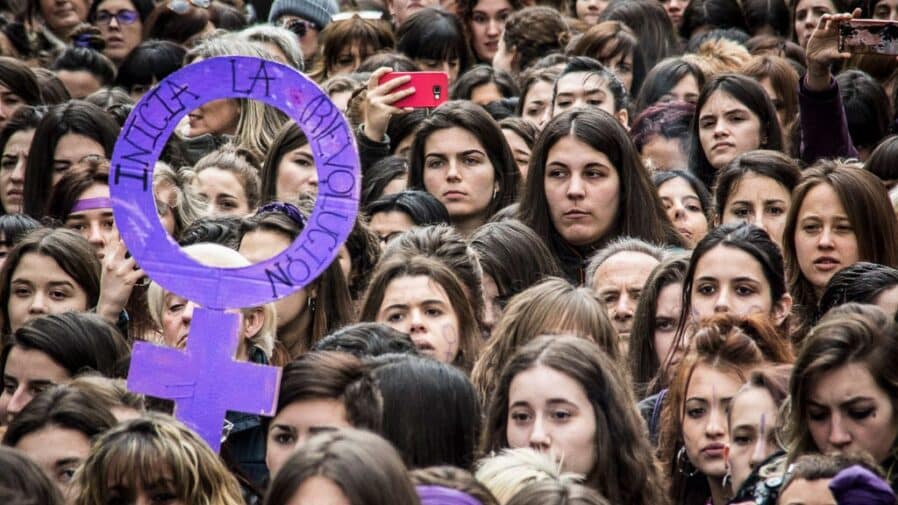 A huge political crisis has developed in Britain, undermining long established institutions and shaking its political parties to their foundations.

Britain’s bosses and their traditional parties, compelled by the contradictions of global capitalism and Britain’s weakening place within it, have led the country into an impasse. Decades of neoliberal policies ensured the growth of the financial sector and contracted industry, leaving only Britain’s giant multinationals, from oil to pharmaceuticals, to profit from the new phase of globalisation.

The number of well-paid blue-collar jobs fell, replaced if at all by low paying, casualised jobs in the service sector, increasing inequality and poverty. Then came the 2008 crisis of globalisation, followed by recession and a decade of stagnation. Now another global downturn is widely expected. Regional integration, like that of the European Union, and Trump’s trade wars alike signal the beginning of deglobalisation, threatening British capitalism and its exceptionally parasitic role in the global economy.

The Tories have been trying to manoeuvre through these contradictions since the 2010 election. At home, they imposed austerity and neoliberal policies, abroad they posed as an increasingly aggressive junior partner of the USA. Conceding more and more to the right to stay in power, now they have lost control. A right-wing populist movement led by chief Brexiteer Nigel Farage has won over the Tory membership and put the ambitious, cynical Boris Johnson in Number Ten in order to achieve a hard Brexit.

Farage claims his Brexit movement is simply carrying out “the will of the people”. In reality, whatever Leave voters may have believed, it is a campaign planned and funded by tax haven millionaires with the help of rightwing tabloid owners and the American Alt-right movement, backed by a minority section of the ruling class. What they all want is to reorient Britain away from the EU towards Trump’s USA. This would let the deregulated “free” market rip, taking with it workers’ rights and consumer and environmental protections. This is their response to Britain’s crisis, as a declining imperialism slipping behind its rivals, with a shrinking space from which to extract profit from the global economy.

Their goal is to extract more profit from British workers, whilst severely rationing and cutting back their social services, health and education. Abroad, they hope to profit from an alliance with Trump’s America. Brexit, however, will make workers, including those who voted Leave, and indeed most of the middle class, much poorer, even than the present austerity. The devastation of old industries, in which decades of union struggle had brought relatively secure jobs and wages, was not primarily the work of Europe but of Britain’s bosses. The main culprit was, and remains, at home.

A system in crisis

Even before the 2008 crash, capitalism had shown that it could not meet even the basic needs of the great majority of people globally. Brexit itself is only the national expression of a series of crises rooted in the wider, global capitalist system of production.

Today, we stand on the precipice of another deep recession after a decade of depressed economy, and of growing militarism and imperialist rivalry. Both are driving millions to flee or migrate from the poorer countries, only to face detention and deportation. The UN warns we face a climate catastrophe without a complete social and economic transformation in the next decade.  Capitalism’s twin pillars, the profit system and nation state, cannot solve these interlinked problems, they are driving of them.

Despite all its remarkable scientific and technological revolutions, capitalism is a system in decline. With its means of production and exchange owned by a tiny handful of the super-rich, and run for profit through the competitive anarchy of the market, the capitalism’s contradictions have reached breaking point.

Capitalists can only temporarily overcome the limits of their system by imposing greater exploitation and suffering on humanity. Replacing workers by automation, robotisation and artificial intelligence to cut costs ultimately ends up shrinking the source of their profits, living labour, and the rate of profit declines as unemployment grows. Despite global chains of production, national rivalries grow and threaten economic breakdown.  Offsetting one contradiction deepens another – paying for the zero-carbon transition cuts into profits further, which is why capitalism cannot stop hurtling towards climate catastrophe.

Obstacles on the left

How can we overcome these crises?  Not in an alliance with the millionaire bosses or their parties! Britain’s political elite is deeply discredited while parliament, the two-party system, the resort to referendums, have all proved impotent to resolve these huge problems. Using a manipulated referendum, right-wing financiers, hedge funds and tabloid billionaires successfully presented themselves as the “champions of the people” against the Establishment and Brussels.  Now they are using the least democratic elements of the state, the monarchy and the Privy Council, to try to push a hard Brexit through.

The crisis in Britain has refracted negatively through the politics of the left.  Failing in the initial struggle against austerity, the resulting vacuum allowed the rise of the right and Brexit, which in turn has unfortunately thrown more confusion into the left.

The trade union leaders proved a key obstacle to building the anti-austerity struggle then and now. They accept the limits of capitalism, bureaucratically sabotaging strikes and movements that threaten to transcend these limits and therefore their own privileges and positions.  Red Flag stands for a rank and file movement in the unions to dissolve the bureaucracy, with all officials regularly elected, recallable, and paid the workers’ wage, and an anticapitalist programme of action. Central to this is the fight for strike committees to be in charge of disputes and for workers’ control of production.

While Red Flag members work in struggles with other left-wing parties, we remain separate because our differences are strategic, not tactical. The main left parties have fallen for Brexit.

The misnamed Communist Party of Britain is influential in the unions among union officials, and claims to stand to the left of the Labour Party. But its model of socialism is derived from the USSR, where a privileged bureaucracy formed a Stalinist dictatorship over the proletariat, not of the proletariat. It supports a national, parliamentary, reformist road to socialism and this leads it to support Brexit, immigration controls and the trade union bureaucracy, even when it stifles struggles.

Similarly the Socialist Party and Socialist Workers Party (SWP) denounce Stalinism but tail the CPB’s model, supporting “left” trade union leaders rather than the rule of the rank and file, and all stand aside from the struggle inside the Labour Party. They are what Marxists call “centrist” organisations, vacillating under pressure to left and right, with revolutionary positions followed by sectarianism or adaptations to reformism, and end up failing to lead struggles forward.  In the end, they block the formation of a revolutionary party.

Like the CPB both propagate the dangerous illusion of a left Brexit or “Lexit” as do some trade union leaders and Jeremy Corbyn himself, presenting leaving the EU as a chance to implement socialist policies.   To support this he has helped block the organisation of an independent, rank and file Labour left. But Lexit is a bankrupt strategy, we can’t build socialism in one country in a hostile capitalist world. Red Flag believes we should “remain and revolt”, use the integration that the EU provides as a focus to unite workers across Europe in struggle, aiming not to reform its capitalist structures but to overthrow austerity on a continental scale and create a Socialist United States of Europe.

For a Workers’ Government!

In the current political crisis we will likely see a general election and the possibility of a Labour government.  This would only be the start of a struggle for working class emancipation, and we would immediately be presented with a contradiction.  The Labour Party, even under Jeremy Corbyn, is not a socialist party but rather a reformist party. It seeks to manage capitalism, not abolish it.

While Red Flag supports reforms and urge the Labour Party to make real inroads into bourgeois property, wealth and privilege, a Labour government can only take strides towards socialism if it bases itself on workers’ councils of action and arms the working class at crucial moments in order to disarm and defeat its enemies, and break up the undemocratic state apparatus. Only then would it become a real workers’ government.

It is up to trade unionists, rank and file Labour party members, the old and new immigrant communities targeted by racists, and young people to create new organisations of struggle and develop an effective strategy, a programme for action. In a system in crisis, there are continuous attacks that can unite millions in struggle, if we organise them.  We can start with the six million trade unionists, half a million Labour members, and hundreds of thousands who have marched against Brexit or walked out against climate change.  Together, we can bring down the Tories and open the road to a working class government and socialism.